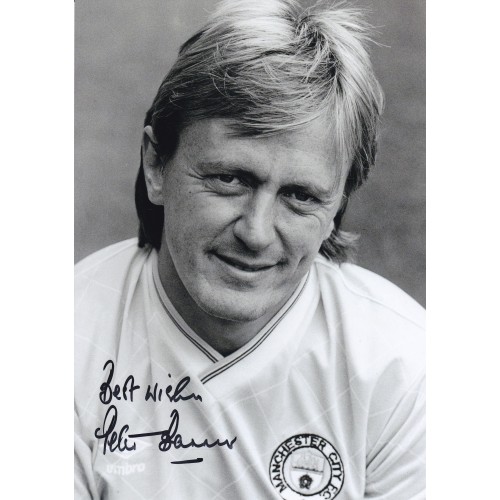 Peter Barnes was born in Manchester on 10th June 1957, son of City legend Ken Barnes.
The popular left winger made his debut as a sub in the Manchester Derby at Old Trafford on 9th October 1974.
in 1975/76 season Peter won his only major honour with City, scoring The Blues’ first goal in a 2-1 victory over Newcastle in The League Cup Final and then just a day later he picked up the PFA Young Player of the Year award.
A year later he won his first of 22 full England caps.