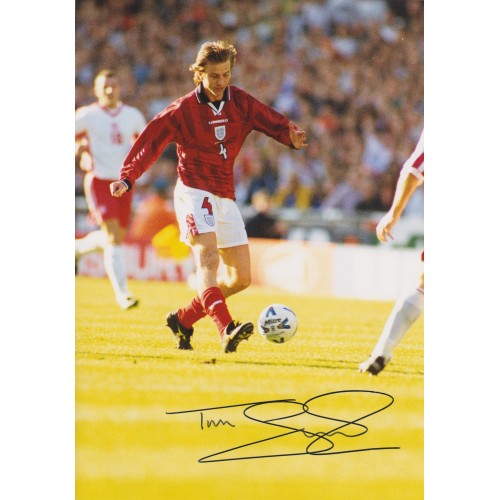 An 8x11 photograph of Tim in action for England, signed by Tim Sherwood in black marker pen. (Photograph is a little bit creased but does not affect the overall appearence & consider it be as fair condition).

Tim is an English former professional footballer who was captain of Blackburn Rovers' Premiership title-winning side. He also made three appearances for the England national team and is currently first- team coach of Premier League side Aston Villa.