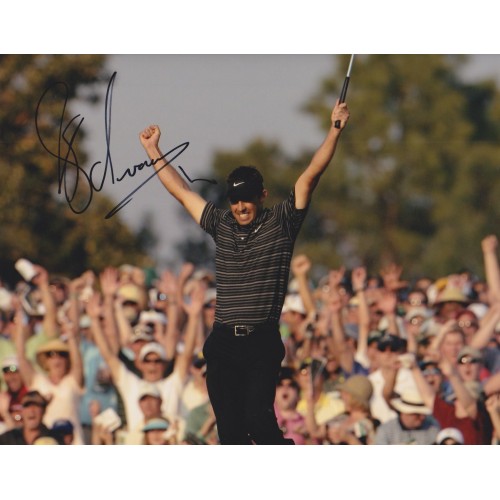 A 8x10 inch photograph of Charl Swartzel after the winning putt from the Masters which he was successful in winning in April 2011. Signed by Charl Swartzel in black marker pen.

Charl Adriaan Schwartzel born 31 August 1984) is a South African professional golfer who plays on the PGA Tour, European Tour, and the Sunshine Tour. As of May 2011 Schwartzel achieved his highest ever world ranking of number seven.