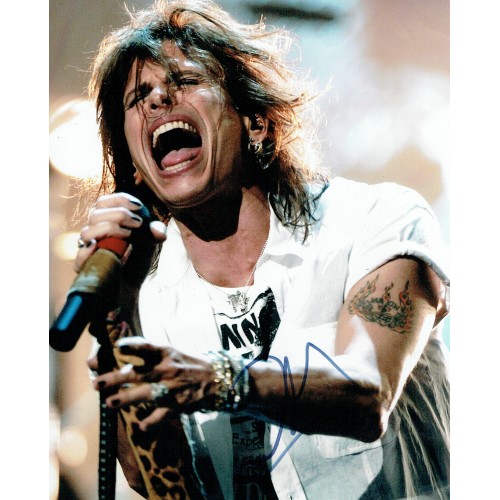 Slight bend to top left of photo but not creased.

Steven Victor Tallarico, better known as Steven Tyler, is an American singer, songwriter, musician, actor, and former television personality. He is best known as the lead singer of the Boston-based rock band Aerosmith, in which he also plays the harmonica, piano, and percussion.