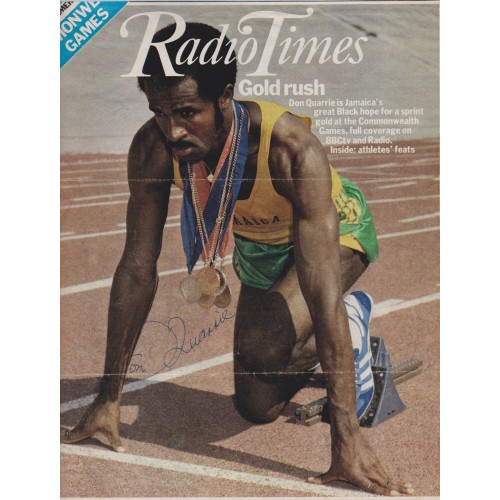 Donald O'Riley Quarrie CD (born 25 February 1951) is a former Jamaican track and field athlete, one of the world's top sprinters during the 1970s. At the 1976 Summer Olympics he was the gold medallist in the Olympic 200 meters and silver medallist in the Olympic 100 meters. In all, he competed in five Olympic Games and won four Olympic medals during his career.

Please note  a few folds but does not effect the signature great for framing.