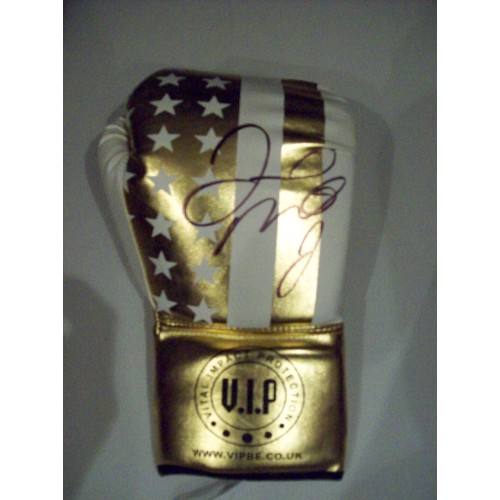 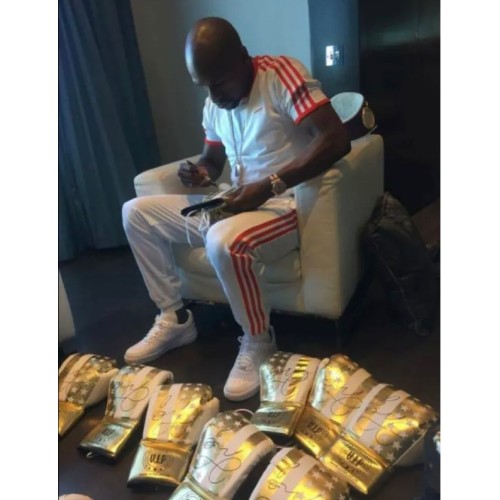 Floyd Joy Mayweather Jr. (born February 24, 1977) is an American professional boxing promoter and former professional boxer. He competed from 1996 to 2007 and 2009 to 2015, and made a one-fight comeback in 2017. During his career, he held multiple world titles in five weight classes and the lineal championship in four weight classes (twice at welterweight), and retired with an undefeated record of 50–0, the second highest undefeated streak in the modern era of boxing after Ricardo López. As an amateur, Mayweather won a bronze medal in the featherweight division at the 1996 Olympics, three U.S. Golden Gloveschampionships (at light flyweight, flyweight, and featherweight), and the U.S. national championship at featherweight. Mayweather is a two-time winner of The Ring magazine's Fighter of the Year award (1998 and 2007), a three-time winner of the Boxing Writers Association of America Fighter of the Year award (2007, 2013, and 2015), and a six-time winner of the Best Fighter ESPY Award (2007–2010, 2012–2014). In 2016, Mayweather was ranked by ESPN as the greatest boxer, pound for pound, of the last 25 years. He remains BoxRec's number one fighter of all time, pound for pound, as well as the greatest welterweight of all time. Many sporting news and boxing websites, including The Ring, Sports Illustrated, ESPN, BoxRec, Fox Sports, and Yahoo! Sports, ranked Mayweather as the best pound for pound boxer in the world twice in a span of ten years. He is often referred to as the best defensive boxer in history, as well as being the most accurate puncher since the existence of CompuBox, having the highest plus–minus ratio in recorded boxing history. Mayweather has a record of 26 consecutive wins in world title fights (10 by KO), 23 wins (9 KOs) in lineal title fights, 24 wins (7 KOs) against former or current world titlists, 12 wins (3 KOs) against former or current lineal champions, and 2 wins (1 KO) against International Boxing Hall of Fame inductees. Mayweather is one of the most lucrative pay-per-view attractions of all time, in any sport. He topped the Forbes and Sports Illustrated lists of the 50 highest-paid athletes of 2012 and 2013, and the Forbes list again in both 2014 and 2015, listing him as the highest paid athlete in the world. In 2007, he founded his own boxing promotional firm, Mayweather Promotions, after defecting from Bob Arum's Top Rank.Mayweather has generated approximately 23.8 million PPV buys and $1.67 billion in revenue throughout his career, surpassing the likes of former top PPV attractions including Mike Tyson, Evander Holyfield, Lennox Lewis, Oscar De La Hoya and Manny Pacquiao.