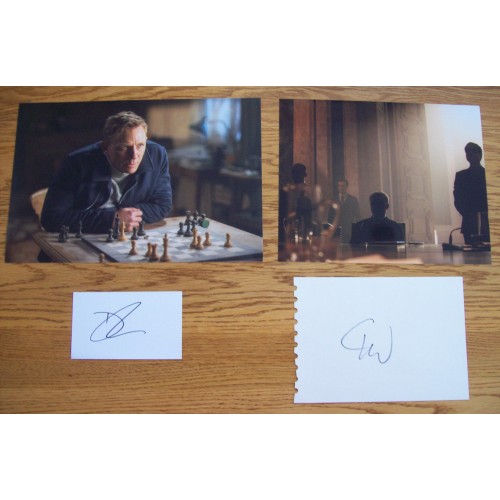 Spectre (2015) is the twenty-fourth James Bond film produced by Eon Productions, and is the direct sequel to the 2012 film Skyfall. It features Daniel Craig in his fourth performance as James Bond, and Christoph Waltz as Ernst Stavro Blofeld, with the film marking the character's re-introduction into the series. It was directed by Sam Mendes as his second James Bond film following Skyfall, and was written by John Logan, Neal Purvis, Robert Wade and Jez Butterworth. It is distributed by Metro-Goldwyn-Mayer and Columbia Pictures. With a budget of $245–350 million, it is the most expensive Bond film and one of the most expensive films ever made.

The story sees James Bond pitted against the global criminal organisation SPECTRE, marking the group's first appearance in an Eon Productions film since 1971's Diamonds Are Forever,[N 2] and tying Craig's series of films together with an overarching storyline. Several recurring James Bond characters, including <a title="M (James Bond)" href="https://en.w