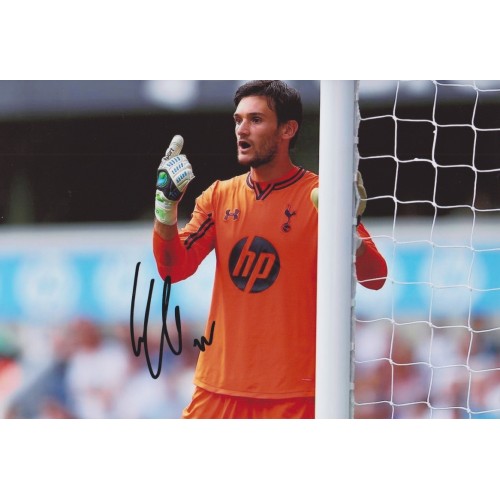 Hugo Lloris plays as a goalkeeper for English club Tottenham Hotspur in the Premier League and is the captain of the France national team. Lloris is described as a goalkeeper who "boasts lightning reflexes and good decision-making" and is "a formidable opponent in one-on-one situations". Lloris also "commands his box well". He is a three-time winner of the National Union of Professional Footballers (UNFP) Ligue 1 Goalkeeper of the Year award. Bid now for this 8x12 photo signed by Hugo Lloris.