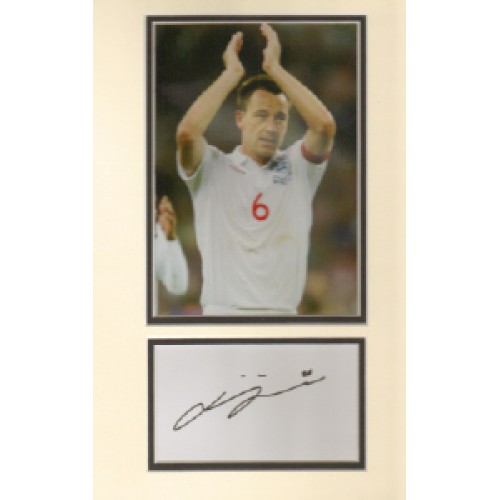 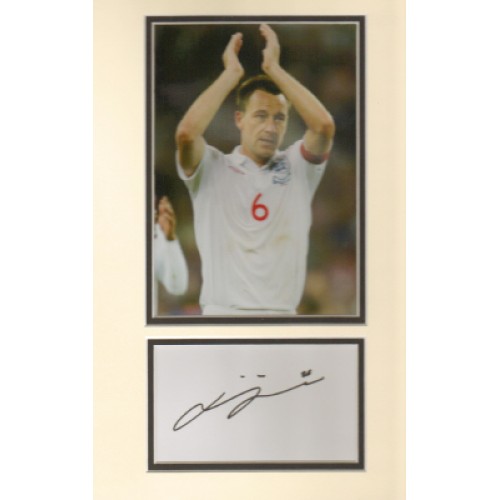 John Terry Signature Mounted With Photo, to an overall size of 10x12. Terry is an English footballer. Terry plays in a centre back position and is the captain of Chelsea in the Premier League. Terry was also captain of the England national football team from August 2006 until February 2010.