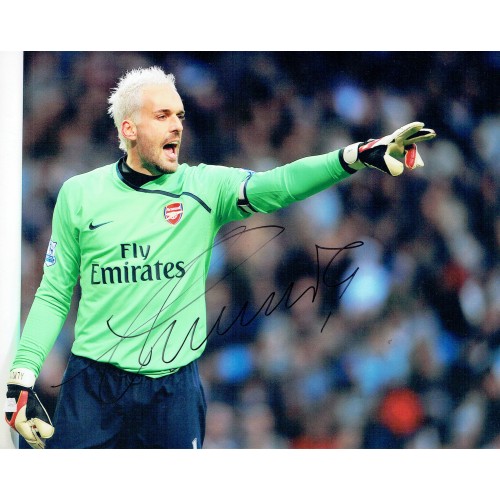 Manuel Almunia Rivero is a Spanish former footballer who played as a goalkeeper. He competed mainly in the Spanish lower leagues in his early years, only appearing in 26 La Liga games over the course of two seasons with Recreativo and Albacete, after starting out at Osasuna.