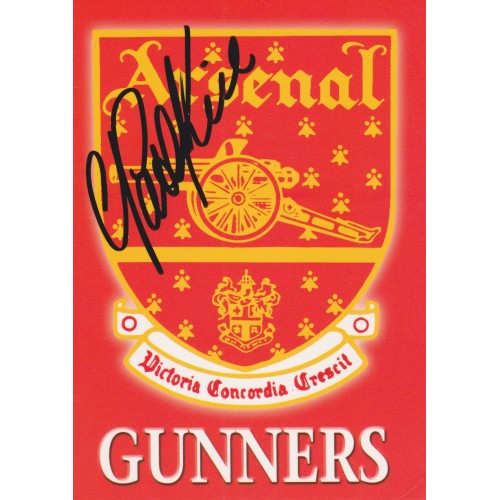 Patrick James "Pat" Rice, MBE (born 17 March 1949) is a Northern Irish former footballer and coach. As a player he made over 500 appearances for Arsenal, winning the Double, and later made a hundred more appearances for Watford. He also won 49 caps for Northern Ireland. After retirement from playing professionally he served as assistant manager of Arsenal, a position he held since the appointment of Arsène Wenger in 1996, and helped the club to two more Doubles, amongst other silverware, in that time. He announced his retirement from the post on 10 May 2012