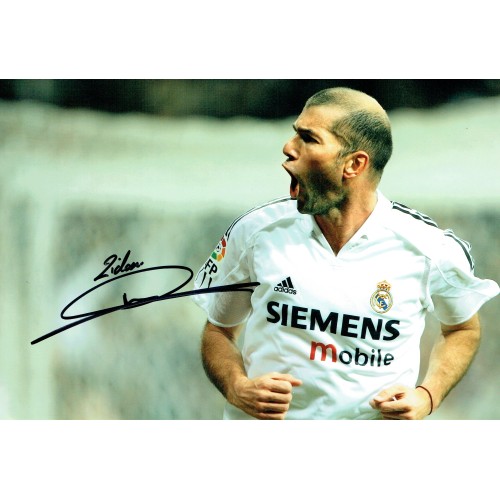 Zinedine Yazid Zidane (born 23 June 1972), popularly known in French as Zizou is a French former professional football player who played as an attacking midfielder. He is the current manager of La Liga club Real Madrid. Widely regarded as one of the greatest players of all time, Zidane was an elite playmaker renowned for his elegance, vision, passing, ball control, and technique. He received many individual accolades as a player, including being named FIFA World Player of the Year in 1998, 2000 and 2003, and won the 1998 Ballon d'Or. He was voted Ligue 1 Player of the Year in 1996, Serie A Footballer of the Year in 2001, and La Liga Best Foreign Player in 2002. Zidane Capped 108 times by France, Zidane won the 1998 FIFA World Cup, scoring twice in the final, and was named to the All-Star Team. This triumph made him a national hero in France, and he received the Legion d'honneur in 1998. He won UEFA Euro 2000, and was named Player of the Tournament. He also received the Golden Ball for Player of the Tournament at the 2006 World Cup, despite his infamous sending off in the final against Italy for headbutting Marco Materazzi in the chest. He retired as the fourth-most capped player in France history.