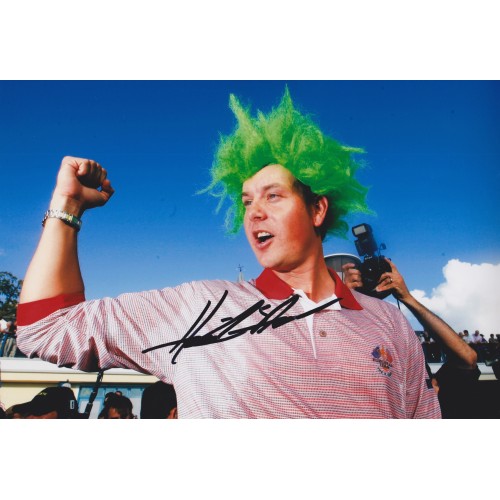 Henrik Olof Stenson (born 5 April 1976) is a Swedish professional golfer who plays both on the PGA and European Tours. He is the first male Swedish major champion, having won the 2016 Open Championship at Royal Troon with a major championship record score of 264. A two-time European Tour Golfer of the Year (2013 and 2016), he has spent over 250 weeks ranked in the World top ten and his career high ranking of second is the best by any male Swedish golfer. At the 2016 Summer Olympics in Rio de Janeiro, Stenson won the silver medal finishing two strokes behind gold medalist Justin Rose. Had he won, Stenson would have claimed victories on all six continents on which golf is played, a feat Rose accomplished with the Olympic win, joining Hall of Fame members Gary Player, David Graham, Hale Irwin and Bernhard Langer. In 2013, Stenson won the U.S. PGA Tour's FedEx Cup and the European Tour's Race to Dubai, thus becoming the first player to win both, and to do so in the same season, a "historic double". Stenson described his feat as a "double-double" because in the process of winning these two seasonal points crowns, he also won the season finales of both tours.