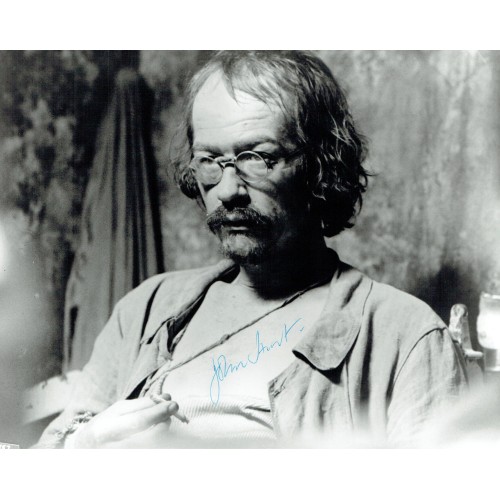 John Vincent Hurt, CBE (born 22 January 1940 – 27 January 2017) was an English actor, known for his leading roles as John Merrick in The Elephant Man, prison drama Midnight Express, Winston Smith in Nineteen Eighty-Four, Mr. Braddock in The Hit, Stephen Ward in Scandal and Quentin Crisp in The Naked Civil Servant, Caligula in the television series, I, Claudius, and An Englishman in New York. Recognizable for his distinctive rich voice, he has also enjoyed a successful voice acting career, starring in films such as Watership Down, The Lord of the Rings and Dogville, as well as BBC television series Merlin.