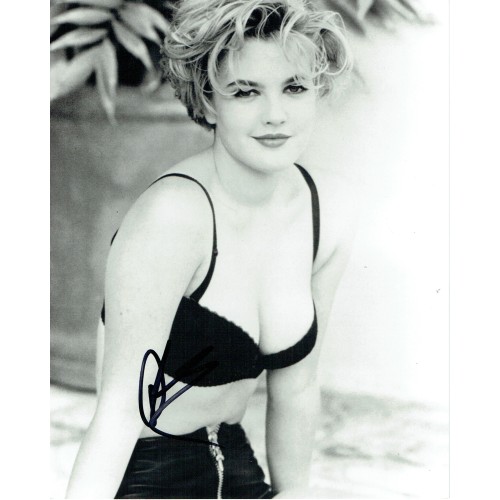 Drew Blythe Barrymore (born February 22, 1975) is an American actress, producer, director, author, talk show host and entrepreneur. She achieved fame as a child actress with her role in E.T. the Extra-Terrestrial (1982). She is the recipient of numerous accolades, including a Golden Globe, a Screen Actors Guild Award, and a BAFTA nomination. She is a member of the Barrymore family of actors, and the granddaughter of John Barrymore. Barrymore received a star on the Hollywood Walk of Fame in 2004.